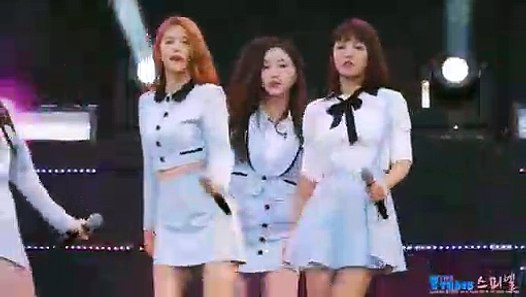 Mohammed Qari Zafar was among at least 13 people killed Wednesday when three missiles slammed into a compound and a vehicle in the Dargah Mandi area of the North Waziristan tribal region on the border with Afghanistan, two Pakistani intelligence officials said. They spoke on condition of anonymity because they were not authorized to release the information.

It was the latest strike in an intensified U.S. campaign to take out Taliban and al Qaeda leaders believed to be sheltering in the lawless border region with missiles fired from unmanned drone aircraft. At the same time, Pakistani intelligence forces have cracked down on Afghan Taliban in the country, arresting more than a dozen top leaders in the past few weeks.

The increased pressure on the Taliban in Pakistan comes as U.S.-led forces are fighting their biggest offensive of the eight-year-old war in neighboring Afghanistan in what Western official are hoping will be a turning point in the conflict.

Zafar, a senior member of the banned al Qaeda-linked militant group Lashkar-e-Jhangvi, is one of Pakistan's and Washington's most wanted men.

The U.S. government alleges Zafar was a key figure the March 2006 suicide car bombing of the U.S. consulate in the commercial metropolis of Karachi that killed U.S. diplomat David Foy and three Pakistanis, and has posted a $5 million dollar reward for information leading to his capture. He is also suspected in Pakistan of being involved in the September 2008 truck bomb blast at the Marriott Hotel in Islamabad that killed 54 people.

Senior Karachi police official Mazhar Mishwani said Qari Zafar was among his force's most wanted terrorists for his role in the consulate attack.

"If the man killed is the same Qari Zafar, it is a very big success," Mishwani said.

Nazirullah Khan, a local government official in Parachinar, near North Waziristan, confirmed Wednesday's suspected missile strike and said it killed 13 people, including three Taliban commanders. Khan said he did not the identities of those killed.

Earlier Thursday, Pakistani officials said that nearly 15 senior and midlevel Taliban figures have been arrested in the country in recent weeks. The top prize has been Afghan Taliban No. 2 Mullah Abdul Ghani Baradar, and information he has provided to interrogators has led to the detention of some other leaders, the officials said.

Baradar's arrest has been hailed by U.S. officials and analysts as a major blow to the Taliban in Afghanistan, though they caution that the group has rebounded from the death or detention of previous leaders.

Opinion is divided, however, on whether the crackdown on Afghan Taliban in Pakistan signals that the country's government and 대구출장샵 powerful intelligence forces are adopting a harder line against the militants, who have long enjoyed relative sanctuary in Pakistan. Some experts say the arrests may be linked to Pakistani attempts to influence possible conciliation talks between the Taliban and the Afghan government.

Meanwhile, a top Pakistani general said Thursday that three U.S. soldiers killed in a bombing in northwest Pakistan this month were not the intended targets of the attack.

The militants who blew up a car bomb as a security convoy passed aimed for the "most prominent" vehicle in the apparent belief that a local paramilitary commander would be inside, Maj. Gen. Tariq Khan told The Associated Press in a brief telephone conversation.

There had been speculation in the aftermath of the Feb. 3 blast that the attackers had specifically targeted the Americans, raising the specter of an informant close to the U.S. mission training members of Pakistan's paramilitary Frontier Corps.

Khan, who heads the Corps, said five militants linked to the attack had been killed and others arrested, but gave no more details.

They drew attention to the training program, which officials from both countries rarely discuss because of opposition to American boots on Pakistani soil. There are around 100 U.S. special operations forces trying to strengthen the ill-equipped and poorly trained outfit's ability to fight militants.
대구출장샵, 인천출장샵, 이 게시물을
수정 삭제 목록